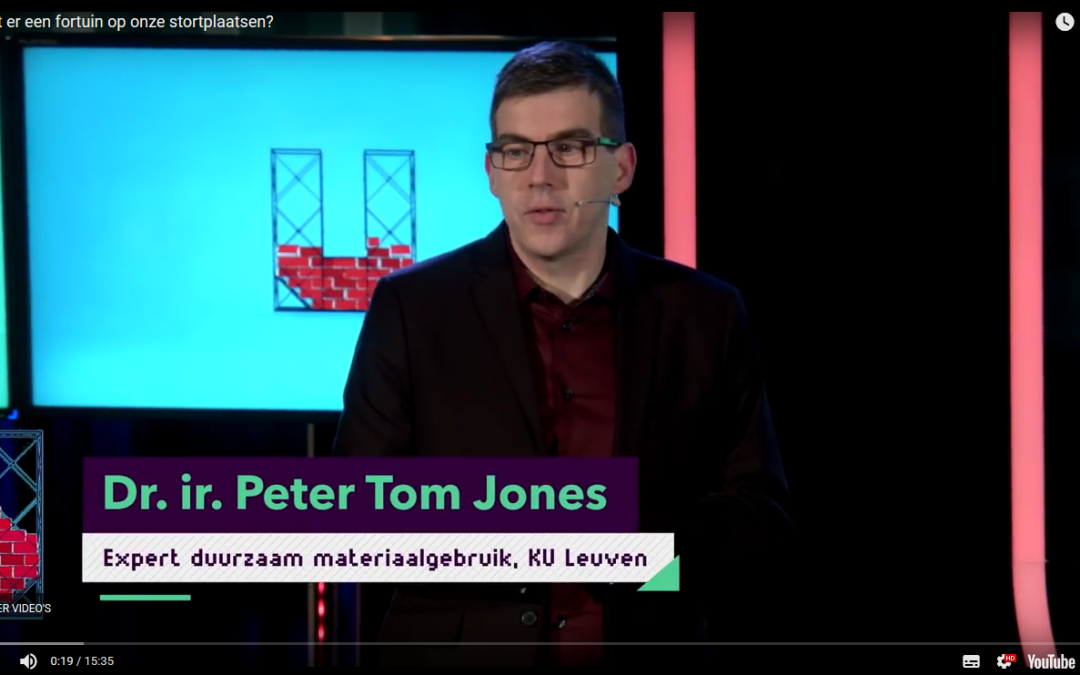 SIM² KU Leuven and EURELCO coordinator Peter Tom Jones was invited to provide a TED-talk in Mechelen for the University of Flanders (Universiteit van Vlaanderen). In a 15 minute-talk (in Dutch) Jones explains the Enhanced Landfill Mining concept, covering the role of landfills in the present economy and the challenge to mine them in view of land and resource recovery. The University of Flanders offers a forum to University Professors and Research Managers to disseminate their most exciting research endeavours to a wider audience. The University of Flanders is supported by the public Radio in Flanders (Radio 1) and the weekply political magazine Knack.  (Leuven, 17-4-2018)

Europe has somewhere between 150,000 and 500,000 landfill sites, with an estimated 90% of them being “non-sanitary” landfills, predating the EU Landfill Directive of 1999. These older landfills tend to be filled with municipal solid waste and often lack any environmental protection technology. In order to avoid future environmental and health problems, many of these landfills will soon require expensive remediation measures. This situation might appear bleak, but it does present us with an exciting opportunity for a combined resource-recovery and remediation strategy, which will drastically reduce future remediation costs, reclaim valuable land, while at the same time unlocking valuable resources.

Peter Tom Jones (Dr. Ir.) is a KU Leuven IOF (Industrial Research Fund) Senior Research Manager in the field of recycling, urban and landfill mining. Jones is co-founder of the Centre for High Temperature Processes and Sustainable Materials Management. Since 2014 he is the General Coordinator of the interdisciplinary SIM² KU Leuven Research Cluster (http://kuleuven.sim2.be/).  He was the President of i-Cleantech Flanders (http://www.i-cleantechvlaanderen.be/nl) during 2013-2018. On the EU level, Jones is the General Coordinator of the EU H2020 MSCA-ETN NEW-MINE project on Enhanced Landfill Mining, which was developed through the European Enhanced Landfill Mining Consortium (EURELCO, http://www.eurelco.org/), which he coordinates. He is the Exploitation Manger for several other ETNs projects such as EREAN, DEMETER and SOCRATES. From a public engagement point of view, Jones has also given more than 500 lectures related to urban/landfill mining and transition management for diverse audiences, ranging from technical specialists, companies, authorities, civil society and the general public.