On the degradation of choline chloride-carboxylic acid deep eutectic solvents 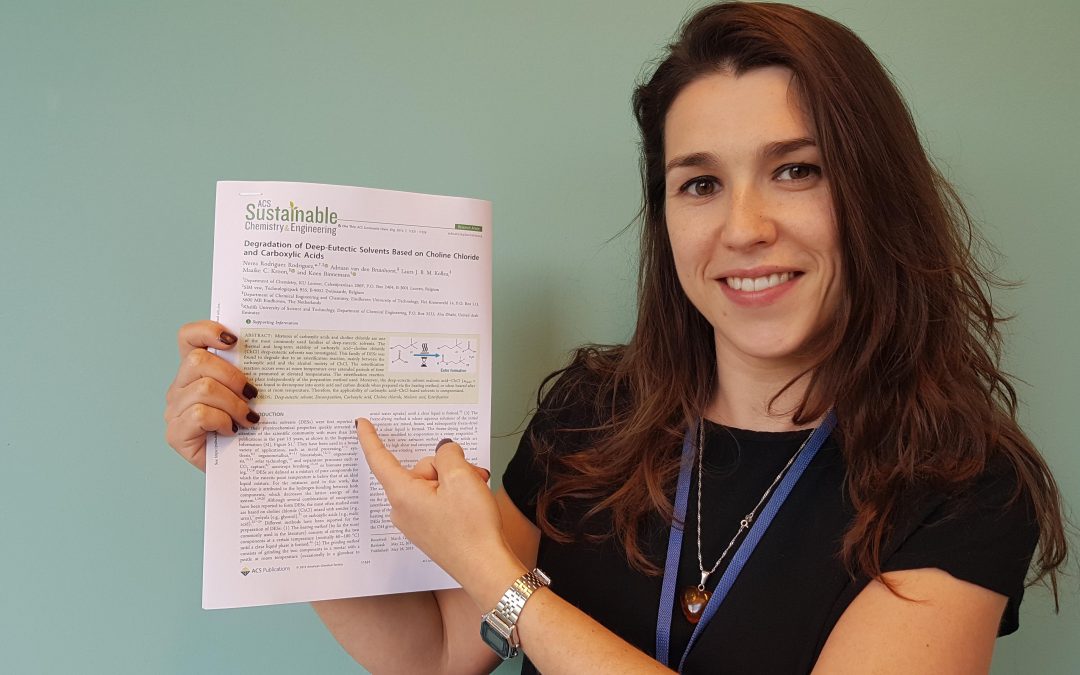 Deep eutectic solvents (DESs) are considered as a cheap alternative to ionic liquids, and in the last years they have been used in a broad range of applications, including extractive metallurgy. Some of the most extensively used DESs are a combination of carboxylic acids and choline chloride (ChCl). However, as shown in this study by Nerea Rodriguez (SOLVOMET KU Leuven) and colleagues from KU Leuven, Khalifa University of Science and Technology and Eindhoven University of Technology, these well-known solvents are not stable in time nor at high temperatures. The work, which was performed within the SIM MaRes SBO project “SMART” (Sustainable Metal Extraction from Tailings), was published in ACS Sustainable Chemistry & Engineering.

Carboxylic acid–ChCl DESs were found to degrade due to an esterification reaction between the carboxylic acid and the alcohol moiety of ChCl. The authors of this paper show that the degradation of the carboxylic acid–ChCl-based DESs will take place regardless the preparation method, and that the high temperature used during the heating method accelerates the esterification reaction. It was also demonstrated that, even if no esterification is noticed during the preparation, it will eventually occur if heat is applied or if enough time passes. The degree of esterification has been quantified under different conditions. The esterified product can account for up to 35 % of the mixture.

It is expected that addition of water would avoid or slow down the esterification, due to a displacement of the equilibrium reaction. In the same line, drying these DESs will promote esterification. Therefore, carboxylic acid-ChCl DESs cannot exist as a binary mixture, but a quaternary mixture instead. The impact of the inevitably formed water and esters should be adequately considered and quantified regarding the application of interest.