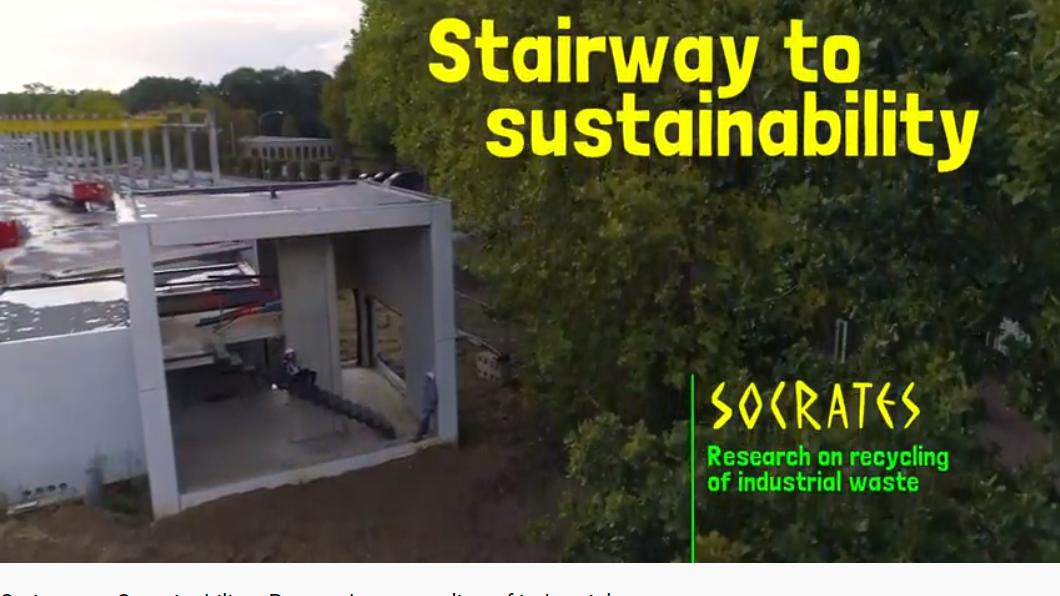 “Stairway to Sustainability” is the title of the second animated movie of the EU MSCA-ETN SOCRATES project in which researchers Christina and Stelios proudly present the research results of the project and demonstrate how they have transformed metal-containing industrial process residues into valuable products.

In collaboration with Storyrunner, the ETN SOCRATES team created a second animated video to present the research results achieved within the 'European Training Network for the sustainable, zero-waste valorisation of critical-metal-containing industrial process residues'. The film was made to disseminate these key results to a very wide (non-expert) audience. Using graphic designs and beautiful animations the film explains the results of the SOCRATES project: from the various industrial process residues to the transformation into recyclables and high-added value outputs. Watch the movie here:

The storyboard was developed in collaboration with Storyrunner and the various researchers of the SOCRATES consortium. On September 5, 2019, the Early Stage Researchers, Christina Siakati (KU Leuven) and Stylianos Spathariotis (University of Leicester), and the camera crew shot the video at the site of Metallo Belgium and Ergon. The company Resourcefull further supported the production of the video.

After the first introductory project video, this second video now focuses on the results and demonstrates how this research brings us closer to a more circular economy, valorising and upcycling metal-containing industrial process residues.